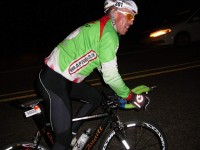 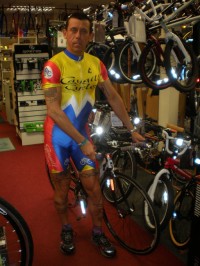 Chris Hopkinson in the shop.1 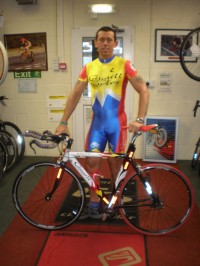 Chris Hopkinson in the shop.2 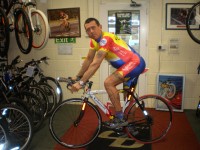 Chris Hopkinson in the shop.3 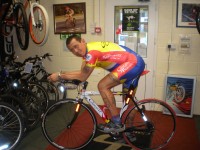 Chris Hopkinson in the shop.4 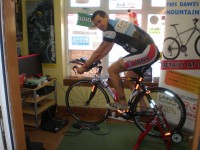 Hoppo turbo training in our shop porch. he covered 1000 miles in 48 hours!! 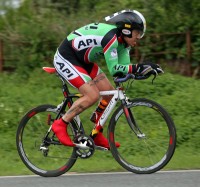 Chris started cycling in the October of 1998 at the age of 31 as a way to commute to work. Before that he didn’t do much fitness. he worked as a peripatetic music teacher. he currently lives in Richmond, North Yorkshire with his fiancée and his 2 children who are his biggest fans. In his spare time he trains and competes in time trials both in the UK and abroad. Over the years he has achieved many things on the bike and has many tales to tell.
Here are a few of the things he's done :-

August – Planning to compete in the Mid Atlantic 24hr